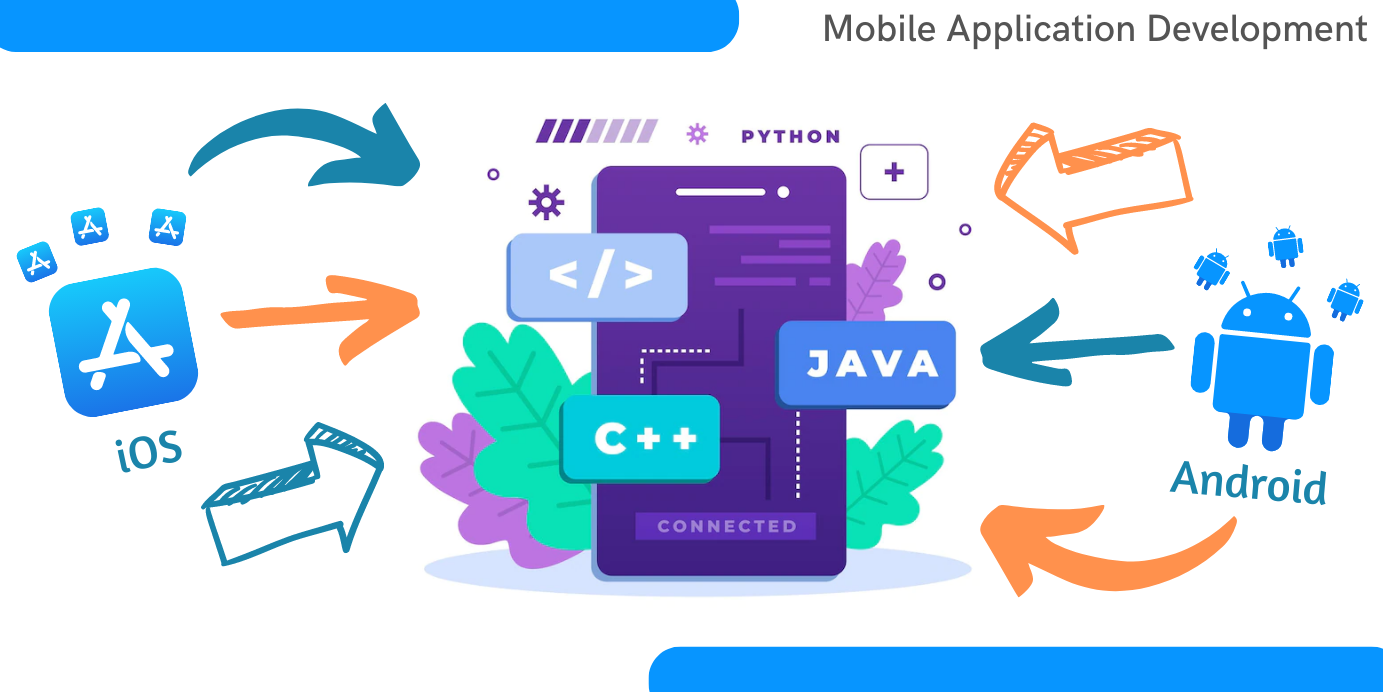 At the time of 2022, it is now very curtailed for your business to have Mobile Application Software. As per research, we have found that there are more than 4 billion smartphones approximate across the world. Hence it is the biggest area of possible conversion for many businesses. As a big amount of Smartphone users across the world, it is time to invest in App development for businesses or non-businesses.

Android and iOS both are one of the most popular platforms in the mobile application development industry. As we all know android users are growing day by day as well as iOS users. iOS is supported and developed by Apple and only can be used on devices like iPhones, iPads, or any other Apple devices, hence the app developers can help to make application software compatible with the iOS platform. Also, android application software can be used in any type of android phone with the specification generation of phones build by any company, just one requirement is that the phone should have android software in build.

Well there are three types of mobile apps by the technology we are describing below. First, we understand in a short way then will explain one by one.

Native Apps: The toppest standard of applications, native apps are built specifically for every platform - iOS or Android.

Web Apps: These apps are very popular. Web apps are quick to build and quick to begin using as they can be accessed from a mobile browser eliminating any platform barriers.

Hybrid Apps: Hybrid apps are web apps that have been put in a native app shell. Once the hybrid apps are downloaded and installed using the app store on your android phone or iOS phone the shell connects to the maximum capabilities the mobile platform provides through a browser that's embedded in the app.

Let's understand this in detail:-

So what is the benefit of Native Apps? The answer is that native apps are responsive, fast, easy to tap into wider functionality devices etc. The apps are much more popular these days and can be used as Community Apps, mobile banking apps, social media apps, language learning or flashcard apps, creativity apps, productivity apps etc.

=> Hybrid Apps:- Hybrid Apps are built with Javascript, CSS, and HTML and run in something called web view you install it like a native app, but in the end, it is actually a web app on the inside. The database of the Hybrid app is a little different and complicated. A few of the benefits of Hybrid apps are given below:- One codebase to manage, you save money and time, easier to scale, performance etc. There are many hybrid app examples we can show as Twitter, Gmail, Evernote, Instagram etc.

Hope you have enjoyed the information about how mobile application software works and the types of mobile apps for both iOS and Android. If anything is in mind then please leave a comment below.

Have anything in
mind? Say hello!